1)      The organization of the European Draughts Championship 2022 has been allotted by the EDC to the Belgian Draughts Federation (KBDB-FRBJD) and will take place from Monday, October 3th till Sunday, October 9th.

5)      Participants
Tournament is open for each European player who accepts these rules & regulations and make the registration through his federation.

Tournament will be played in Swiss system (on Solkoff Truncated), 9 rounds.

b)      General Rules for all European Championships.

ii)       In case of all criteria of challengers for 1st 3 places will be equal; a tie break should be played with 2 blitz games followed by superblitz if necessary.

iii)     All rules concerning games and rights – duties of players/referees described in FMJD annexes are valid.

a)       Before the tournament each federation can announce up to 5 players as a member of national team (4 for women).

b)      Team classification will be settled up based on results of 3 best members (2 for women) of national team:

c)       For teams with less than 3 (2 for women) players N+1 to the score will be added for absent players, where N=number of participants in the tournament.

12)   Competition fees (to be paid into the KBDB bank account or in cash):

b)      In case the federation wants to pay in cash, it must be requested with the subscription and will cost 10€ extra per person. No debts at the start of the competition.

c)       Paying the fee is a federation duty, so the amount of fee from Federations will be counted not based on the players present in Kortrijk but based on the number of players in the applications. Without full participation fee paid by a federation, it is impossible for any player from that federation to play. In case of an extraordinary situation, a federation should inform EDC in written about changes. Only in this case fee for not-coming players can be reduced:

13)   Accommodation:
There is no official hotel. Players have to make reservations by themselves.
A list with hotels and possible reductions can be found in addition and will be regularly updated on the official website of the championship: www.ec22.be

The organization has a limited number of low budget rooms available in the Youth Hostel Groeninge at a distance of 50 m from the venue. These double rooms must be booked only by reservation to the local organization!!
The European champions men and women Moscow 2018 will be hosted for free by the organization as far as they are allowed to participate by FMJD.

14)   Application by national federations to the EDC office: registration@europedraughts.org and demasurejohan@gmail.com with a deadline September 10th .

17)   Any protest to Jury d'Appel should be given in written form (in English) to the main referee not later than 10 minutes after the game. Each protest is valid only after paying a deposit of 100 euro. The deposit will be returned only if a protest will be accepted.

The national federations have to pay all registration fee and accommodations for the Groeninge Youth Hostel to the account of “KBDB” (Royal Belgian Draughts Federation) at the latest September 10th, 2021:

20)   A player who is not present during the closing ceremony will not receive cash prizes.

21)   In the case of something not being clear in the FMJD regulations or in this regulation, the decision will be made by the main referee in consultation with the organization and the EDC tournament director. 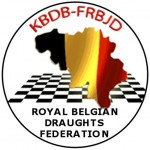 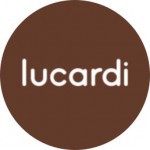 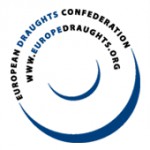 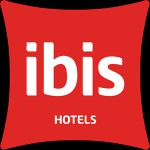